This kaleidoscope is named Odamaki – The Japanese name for the Columbine plant.  This scope probably represents a Miyama Odamaki, the dwarf Fan Columbine, which is a domesticated version of an alpine Columbine found in Japan.  The artist unveiled a parlor kaleidoscope at the 2017 Kyoto convention that was a wood scope with carved flowers (see picture in gallery).  He also had a variety of small handheld scopes with hand carved flowers.  We saw this scope and had to have it as my wife’s middle name is Columbine.  There is a picture in the gallery of a Miyama Odamaki that Karen and I happened to find growing out of a rock wall  in a small village in the mountains above Kyoto.  The scope is not signed. The scopes are hand carved and it appeared that they were each one of a kind. 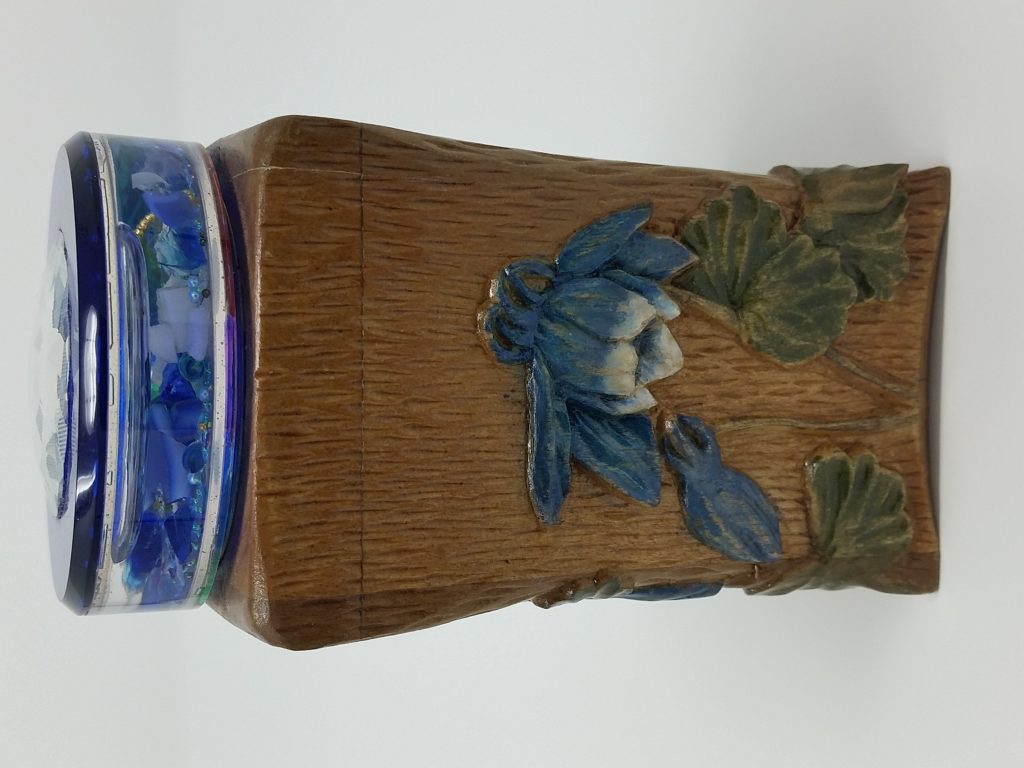 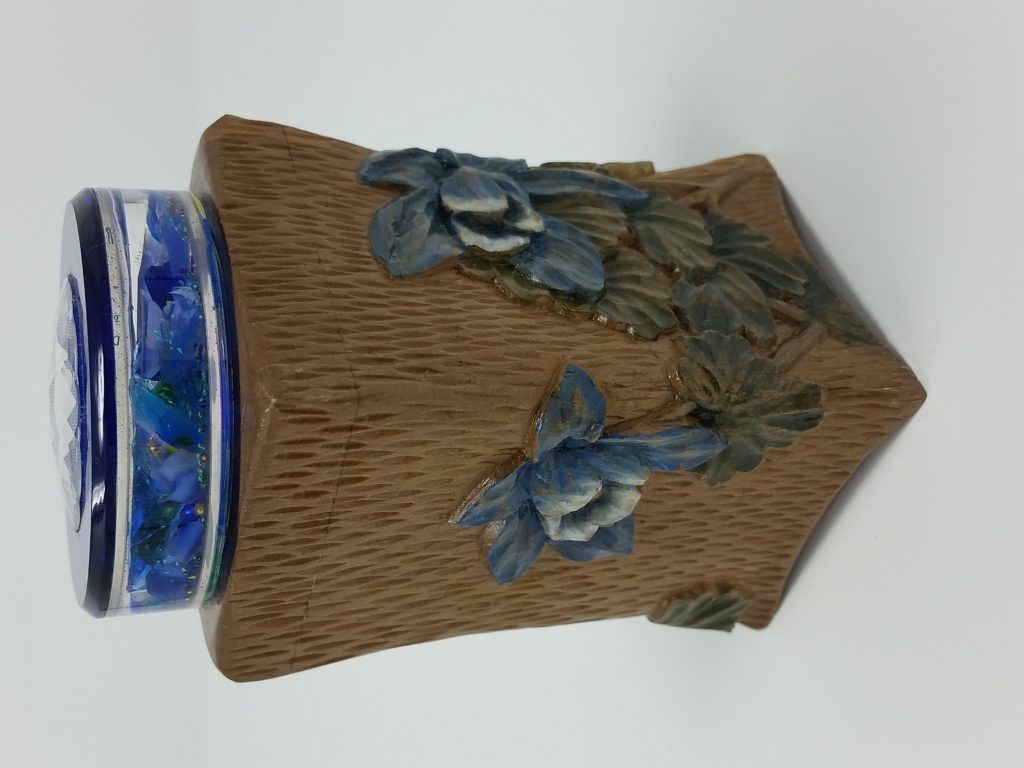 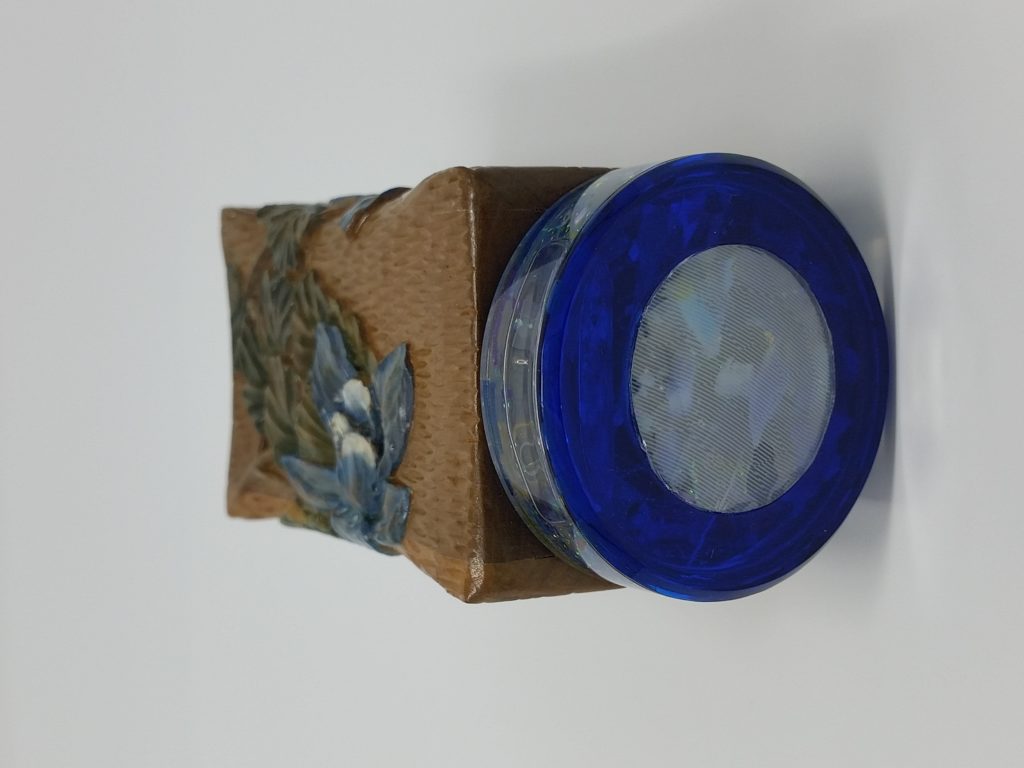 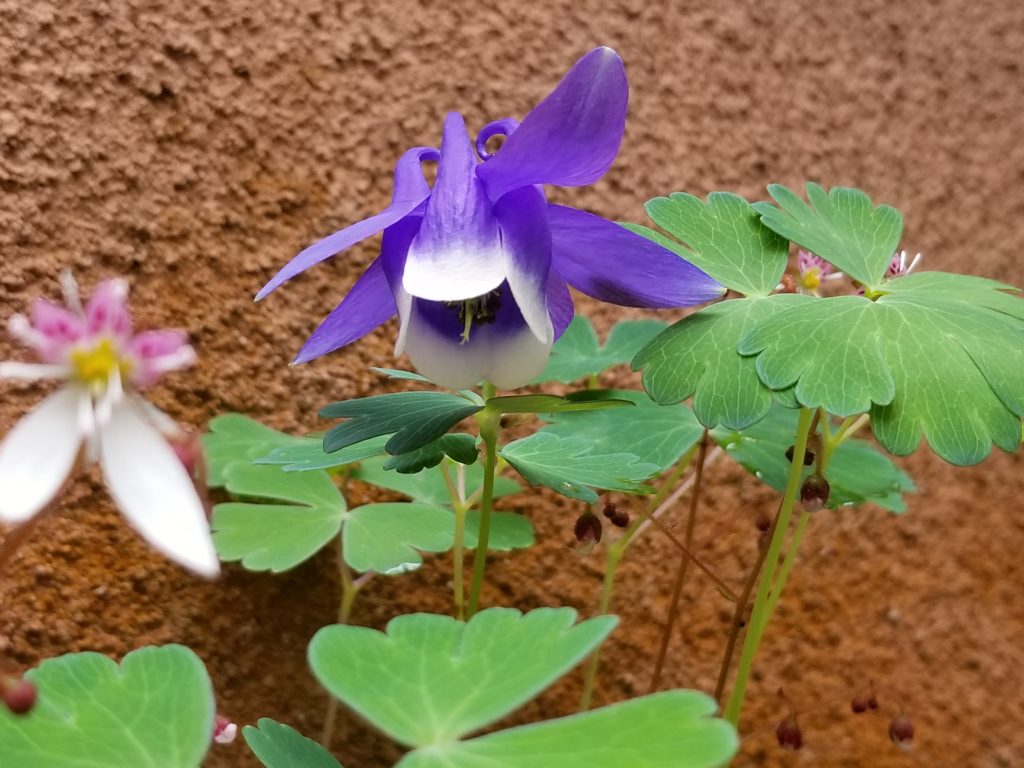 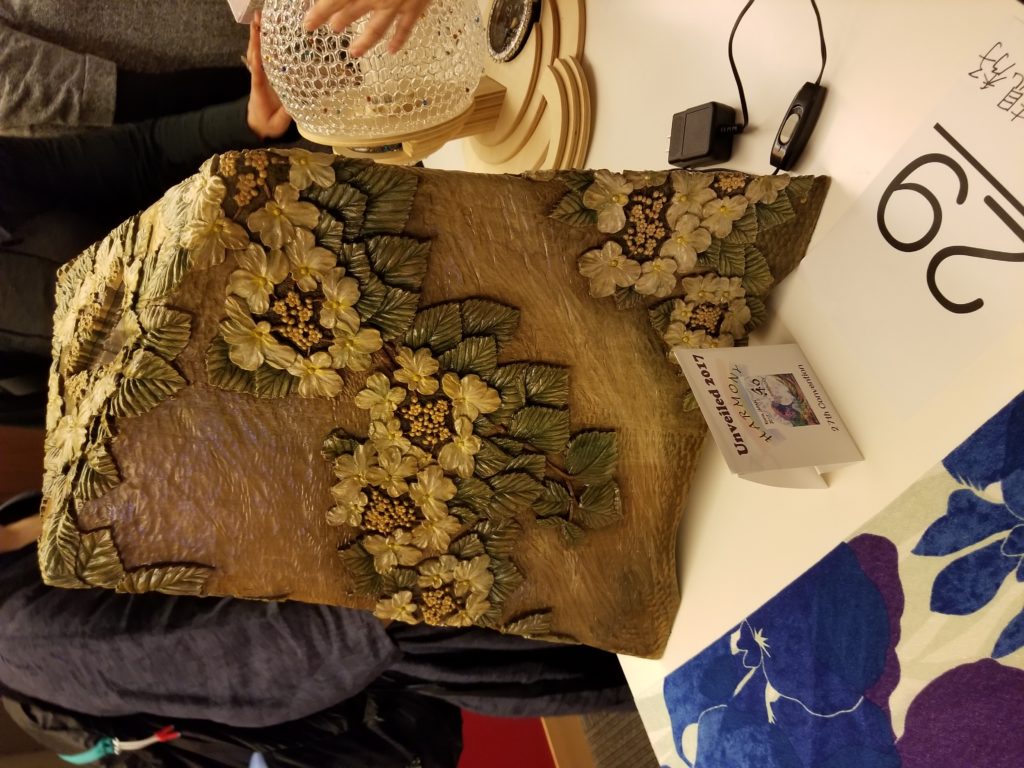 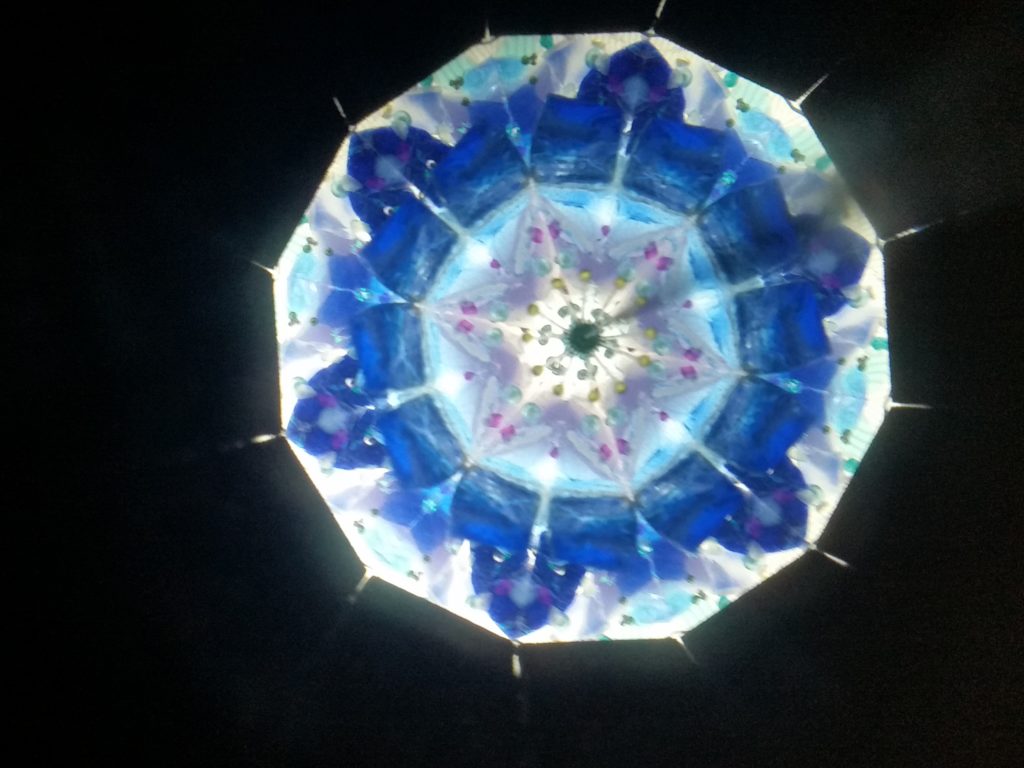 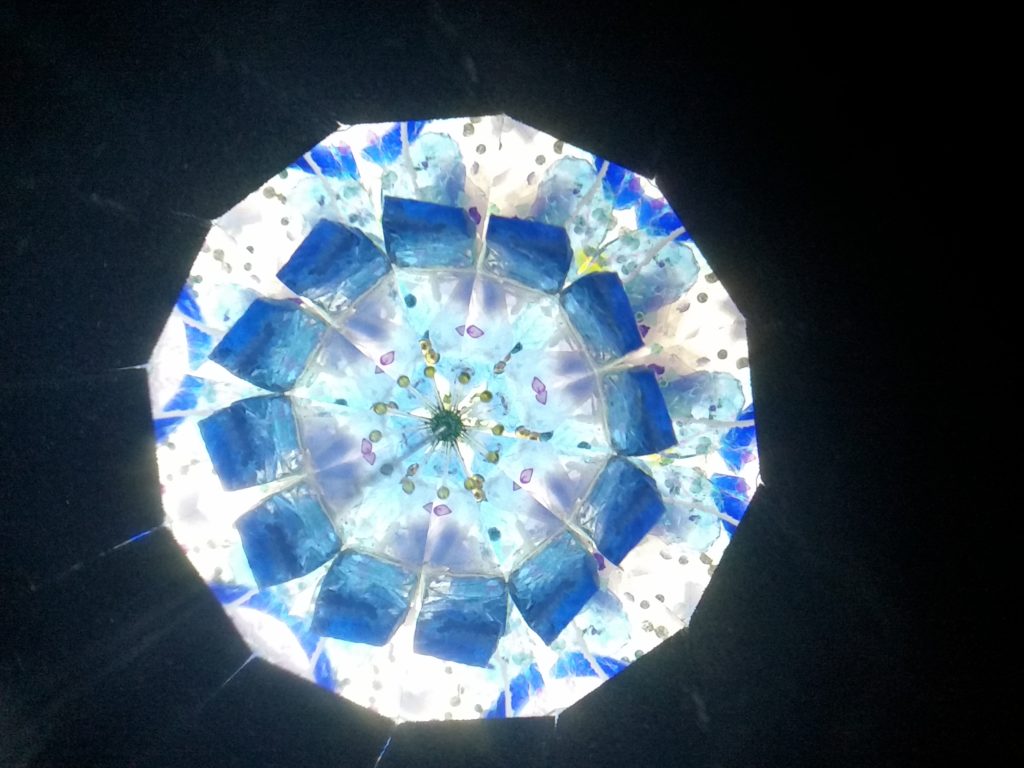 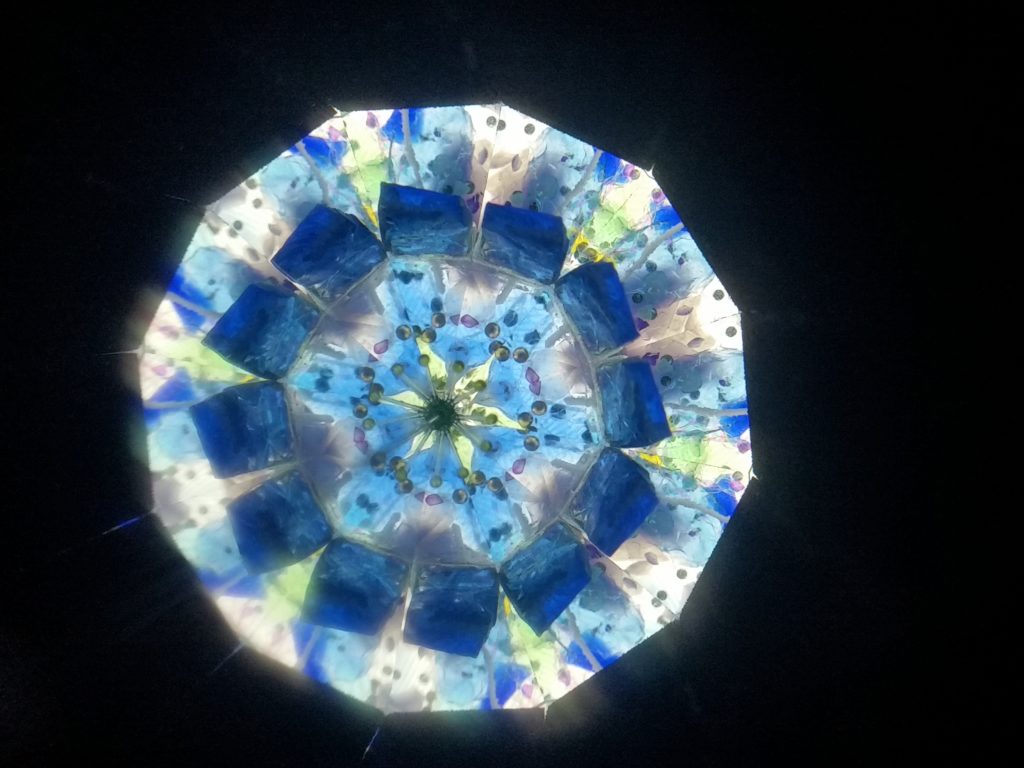 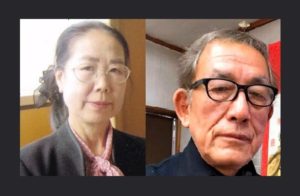 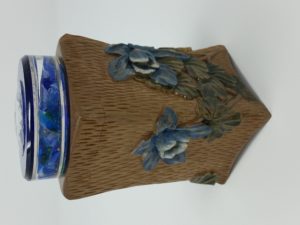 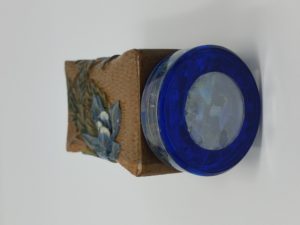 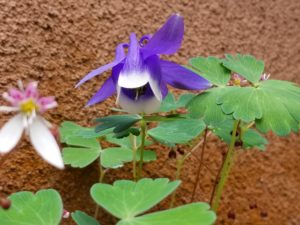 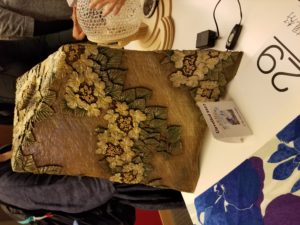 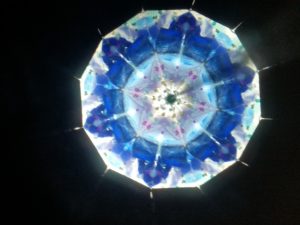 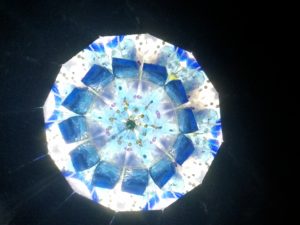 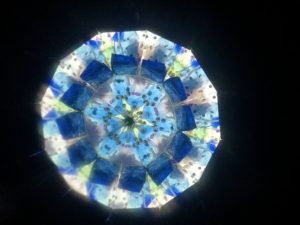