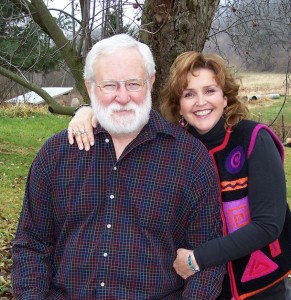 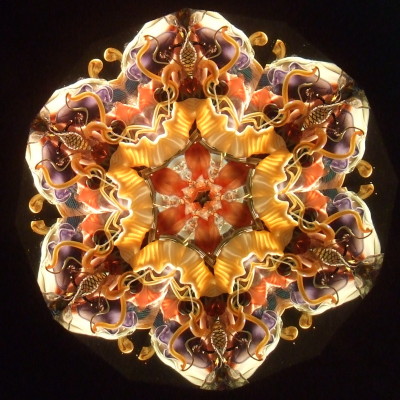 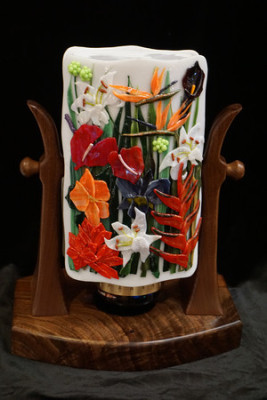 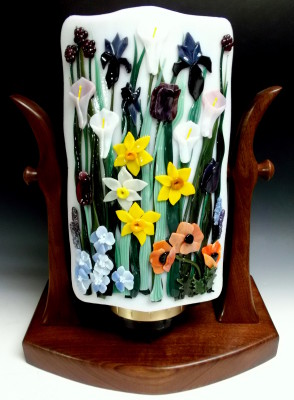 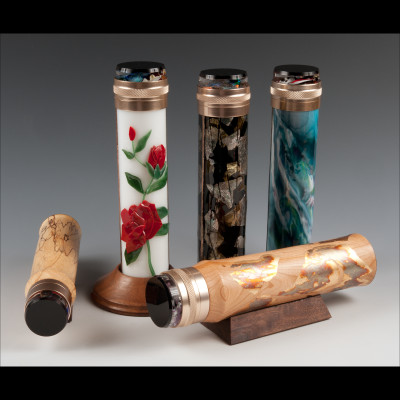 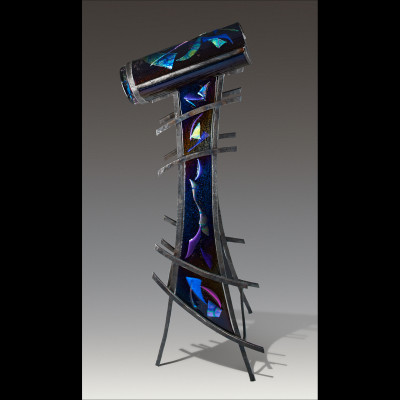 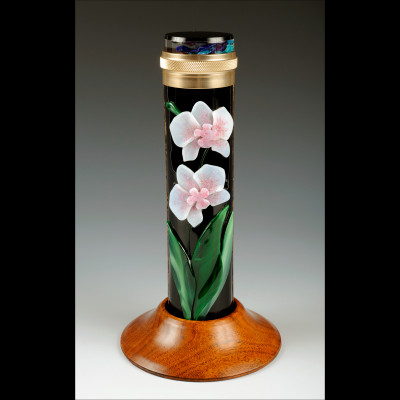 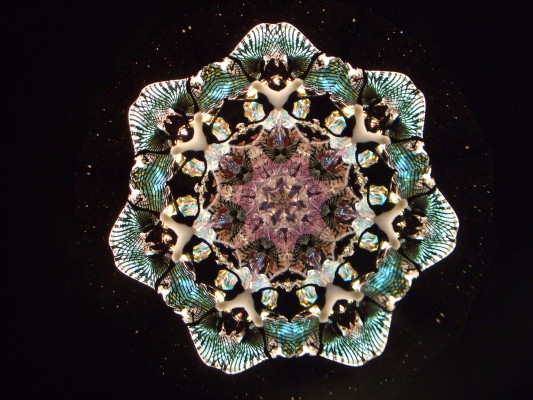 Peggy and Steve began their journey in glass in the late 1970's, executing traditional stained glass designs both leaded and the Tiffany technique, and began fusing glass in the early 1980's. A meeting with kaleidoscope artist Steven Gray changed their trajectory into making kaleidoscopes and they began creating fine handcrafted kaleidoscopes in 1986. They have become known for their classic 2-mirror imagery, and the highest quality optical reflections defined by the incredible display of miniature glass sculptures found in the object chambers. Each kaleidoscope is a collaboration of both of them, Steve's fusing skills result in clean, crisp definition of design often requiring multiple firing and annealing, and his optics using front-surface mirror create images of the highest standard. Peggy's flame-sculpted glass pieces floating in the oil-filled object chambers are among the most beautiful to be viewed through a kaleidoscope. Their work has been included in many exhibits: Strathmore Hall Art Center in Rockville, Maryland; the National Quilt Museum Kaleidoscope Exhibit in Paducah, Kentucky; Milwaukee Art Museum in Milwaukee, Wisconsin; the Museum of Northern Arizona in Flagstaff, Arizona; American Folk Art Museum in New York, NY, & Akron Art Museum, Akron, Ohio as part of the Paula Nadelstern Kaleidoscope Quilt Exhibit; a permanent kaleidoscope exhibit at the Teruko Tsuji Memorial Art Museum in Sendei, Japan; the Kaleidoscope Museum of Kyoto; many of their pieces are in the Cozy Baker Collection; and they have exhibited at Fine Arts and Crafts Shows including the prestigious Smithsonian Craft Show. They have been recognized with numerous awards given at Brewster Kaleidoscope events and glass competitions.